Vasilis was born in Rhodes, Greece. He obtained his BSc in Biology and his MSc in Protein Biotechnology by the University of Crete (UoC, Greece). For his PhD studies, he joined the Biocatalysis group of Prof. Francesco Mutti at the University of Amsterdam (UvA, Netherlands) where he developed processes and new enantioselective enzymes for the synthesis of valuable enantiopure amines. After his graduation in 2020, he worked as a Post-Doc at the same group and focused on optimization via enzyme engineering of new improved hydrolases, able to depolymerize plastic waste contributing to circular economy processes. Vasilis joined the group of Prof. Paolo Melchiorre at ICIQ after obtaining a Marie-Curie Individual fellowship in 2020. He loves travelling, going out with friends and he is interested in aviation and technology. 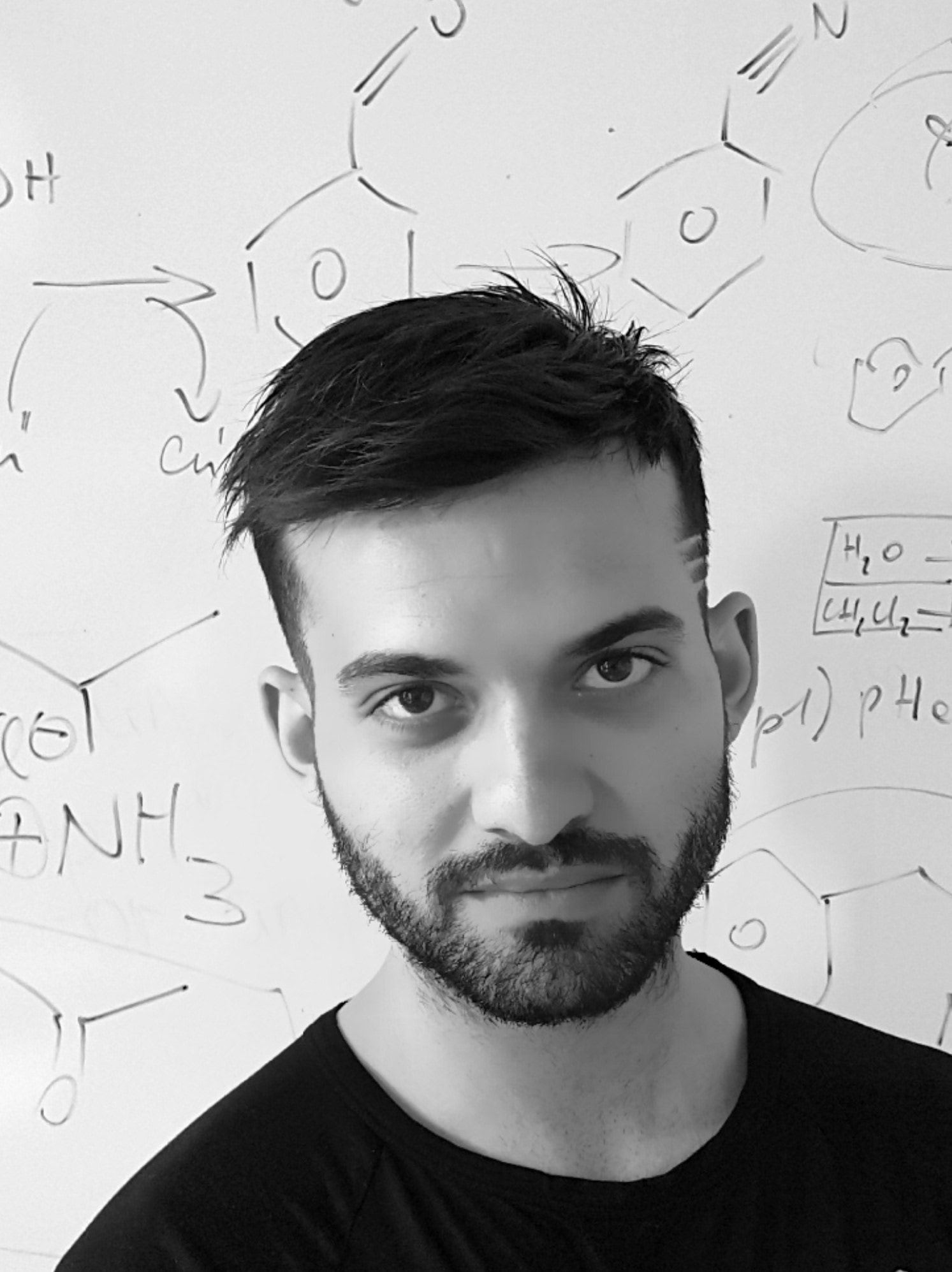 Enzymatic catalysis plays a centrally important role for the preparation of chiral molecules and in the transition towards a more sustainable chemistry. In spite of their potential, natural enzymes use only a relatively small section of ‘reaction space’. This implies that only a limited number of stereocontrolled reaction classes, which are characterized by a similar reaction mechanism, can be effectively promoted. For example, a natural enzyme co-opted for new chemistry has the limitation that the new reactivity must be quite closely related to the naturally established catalytic function. The BIO-LIGHT project seeks to identify new strategies that allow enzymes to catalyse new-to-nature asymmetric reactions, thus expanding the reactivity boundaries of biocatalysis. To achieve this goal, we will combine biocatalysis with visible light photocatalysis, a modern strategy of chemical reactivity which offers a potent way to sustainably build new molecules. Specifically, we will explore the potential of native intermediates in the enzymes’ active sites to reach an excited state upon light absorption and enable new-to-nature enantioselective radical reactions. Light will be used to elicit mechanistic divergence within enzymes with an established ground-state reactivity, thus allowing them to catalyse completely different processes than those for which they evolved. The collaboration with an international pharma-company (Bayer AG) will facilitate the development of photo-enzymatic processes yielding chiral molecules adorned with biologically relevant scaffolds.
BIO-LIGHT combines the fellow’s experience in enzymatic catalysis and directed evolution and the host’s experience in photo-triggered asymmetric radical processes. The multi-cultural and intersectorial nature of this project will contribute to broaden the fellow’s competencies and will place him in a competitive position for the next career move.