Dr. Moreshwar B. Chaudhari received his B.Sc. and M.Sc. degrees from the University of Pune, Maharashtra, India. He received a Ph.D. degree from the Indian Institute of Science Education and Research (IISER)-Pune, India, in Dec-2019 under the supervision of Dr. Boopathy Gnanaprakasam. His doctoral research includes metal-catalyzed oxidative transformations of carbonyl compounds: domino reactions, rearrangements & continuous flow applications. In September 2020, he joined Prof. Miquel A. Pericàs research group as MSCA-fellow. Currently, he is working on continuous flow-mediated asymmetric supported catalysis to obtain the bioactive compounds. 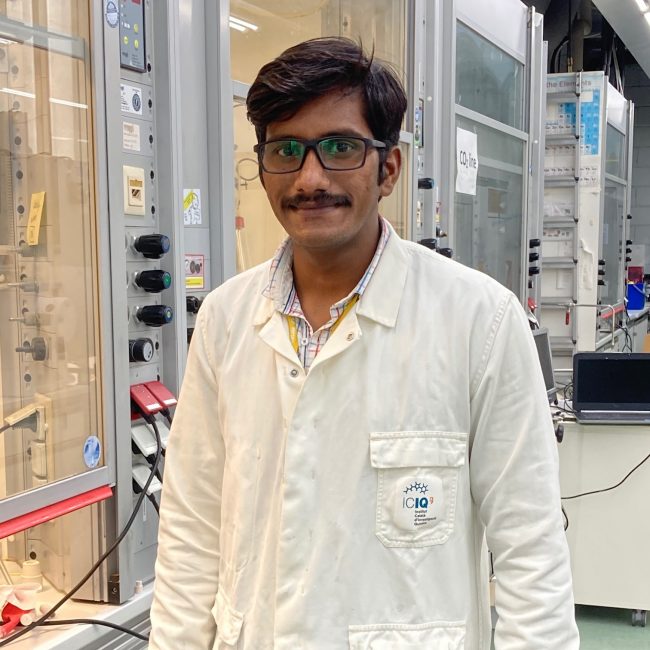 In the Realm of Chemistry, asymmetric synthesis has prime importance as it allows the creation of optically pure chemical entities. The synthesis of a preferred enantiomer is highly desirable when seeking specific biological activities owing to the importance of chirality. A highly enantioselective synthesis can be achieved using asymmetric catalysis. Most asymmetric reactions use homogeneous versions of organocatalysts, which are expensive; at the end of a reaction, such catalysts can’t be recycled and often require more extended and wasteful reaction work-up’s. In contrast, immobilization processes lead to heterogenized asymmetric organocatalysts where the active species is anchored on a solid-support to offer optimal characteristics (inexpensive, robust, reusable and highly stable). AsymmFlow delineates synthesis, characterization, and application of novel asymmetric supported organocatalysts for enantioselective cyclization in continuous flow/batch to produce tetrahydro-β-carboline (THβC) derivatives. The main aim of the AsymmFlow project is to combine continuous flow processes and organocatalysis for developing a sustainable protocol for enantioselective cyclization reactions. We believe that the use of asymmetric supported organocatalysts will solve the problem of common synthetic challenges such as poor enantioselectivity, scale-up issue, and prolonged reaction times in the synthesis of tetrahydro-β-carboline (THβC) derivatives, including pharmacologically relevant objectives such as Tadalafil. The multidisciplinary nature of AsymmFlow will open a window by enhancing the scientific as well as the technical potential of Dr. Moreshwar to gain the transition from researcher to the principal investigator and accomplish his career goals. 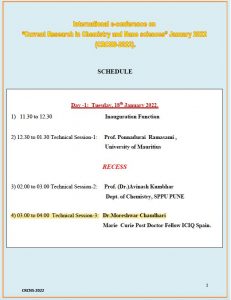 Moreshwar gave an invited talk in the international e-conference 2022 on Current Research in Chemistry and Nanosciences, India (18 January 2022) 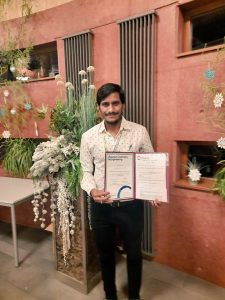 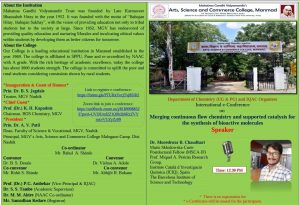 Moreshwar gave an invited talk in the international e-conference on “Merging Continuous Flow Chemistry and Supported Catalysis for the Synthesis of Bioactive Molecules” at Department of Chemistry, A. S. & 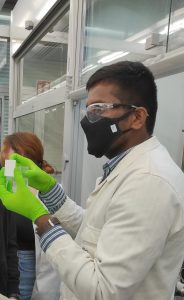 Moreshwar participated again this year in the Crazy about Science -Chemistry workshop. This one-year long course in chemistry for high-school students is organised by ICIQ in collaboration with Catalunya-La Pedrera Foundation. 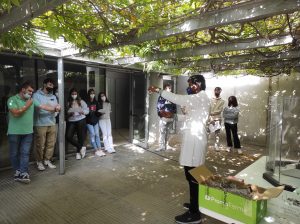 Moreshwar participated in the Crazy about Science -Chemistry workshop. This one-year long course in chemistry for high-school students is organised by ICIQ in collaboration with Catalunya-La Pedrera Foundation. It is directed at 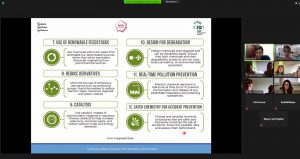 BIYSC-2021: Continuous Flow Chemistry: The Laboratory of the Future

Moreshwar participated in the Barcelona International Youth Science Challenge an international scientific challenge event, that aims to connect the most passionate science students with the best researchers. BIYSC was created